The land of crystal clear water and palm trees

From Trincomalee in the north of the province to Arugam Bay in the south, some of the most beautiful beaches on the island can be found on the East Coast. With a coastline over 400km long, there is no doubt the majority of beaches and bays remain untouched and undiscovered. But with an average water temperature of 29 degrees, and calm seas from March to November, the beaches are truly a not-to-be-missed experience.

As a snapshot, here’s a list of key beaches to mark down (categorized by location, north to south). There’s more information about our top picks further below:

One of the most beautiful beaches on the East Coast with its crystal-clear water and untouched vibe. Nilaveli is home to Pigeon Island, ideal for snorkeling, whale watching and a number of dive sites.

Top tip: Bring water, sun cream and snacks if you’re visiting for a day trip as there are limited venders in the area. 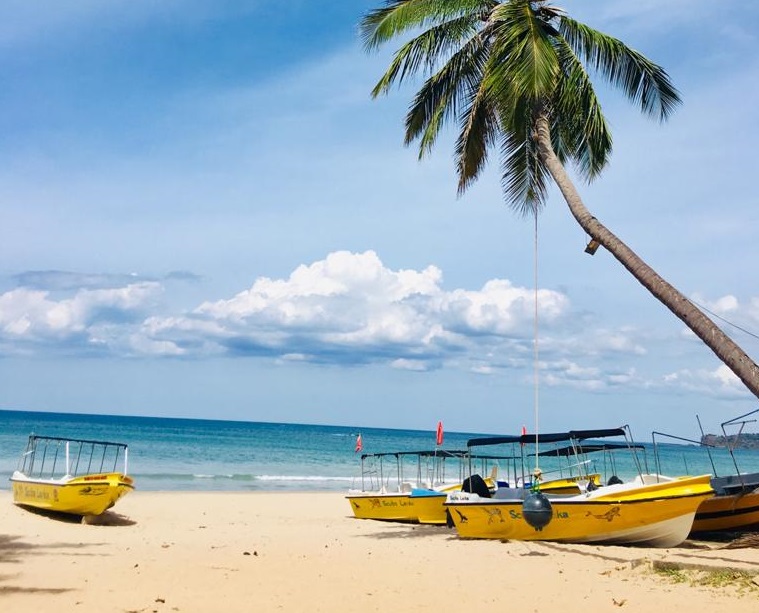 Located only 3km from Trincomalee town, Uppuveli offers a great balance between the palm tree laden sandy beach and water front bars and an array of accommodation options.

Top tip: Uppuveli looks straight East onto the Indian Ocean, making it another perfect location on the East to view a ocean front sunrise.

If you’re looking for a sandy beach with little to no waves then Marble Beach is the go-to. Currently managed by the Sri Lankan AirForce, beach access requires a small fee per vehicle, accommodation is also available.

Top tip: The beach is split into two sides, a public beach and an area run by the AirForce where you can get a massage and sit under a beach cabana.

Renowned for some of the best surf spots in Sri Lanka, Arugam Bay offers a lively yet relaxed atmosphere ideal for solo travelers and families. Many local guest houses and hotels offer yoga classes and tours to local temples.

Approximately 6/7 hour drive from Colombo, 5 hours from Trincomalee or 4.5 hours from Kandy

Top tip: Yoga is increasingly becoming popular at most guest houses and hotels, not to mention the beach parties

Pigeon Island National Park is one of the two marine national parks of Sri Lanka. The national park is situated 1 km off the coast of Nilaveli, a coastal town in Eastern Province, encompassing a total area of 471.429 hectares. The island's name derives from the rock pigeon which has colonized it

Open daily from 6am to 10pm

The national park is situated 1 km off the coast of Nilaveli, a coastal town in Eastern Province,

Okanda is located at the entrance gate of kumana national park, 20km south of Arugam- bay.okanda’s picturesque coastline is free of hotel building and tourism and traffic noise and pollution, although it’s one of the island’s most beautiful beaches

Arisimale Beach lies off the beaten track about 50 kms North of Trincomalee in the town of Pulmude.

View our top of things to do and see in Trincomalee, Pasikuda, Batticaloa, Ampara and Arugam Bay

Information about when is the best time to visit, water temperature, prime whale watching season and more

HOW TO GET HERE

Find out how you can get to the East via car, train, bus or by air from main cities around the country

View live updates on the weather in the East, brought to you by AccuWeather